US Children Have Food Allergies – It may not be just the Pollen in your community.

Imagine how many people (adults included) have food allergies and have no idea why they may be suffering.  Allergies due to mold, geographic locations, pets, and dust etc. have been blamed for many years, but food is often times the last place people think to look for allergies.

Pollen has been the number one reason and cause for allergies across America for many years but now research is showing us some different facts and statistics.  This information is interesting and important enough to share with others. 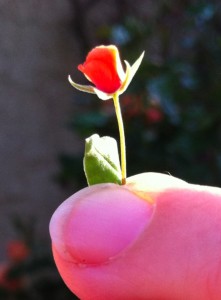 “In our June e-newsletter, we reported on the publication of the largest prevalence study of food allergies in children ever conducted—an in-depth survey of nearly 40,000 U.S. families, funded by FAI. We are pleased to announce that this study, conducted by Dr. Ruchi Gupta and colleagues at Children’s Memorial Hospital and Northwestern University Feinberg School of Medicine (Chicago, IL), received extensive coverage from media worldwide.  Among other key findings, the study showed that 8 percent of U.S. children have a food allergy—a considerably higher number than previously reported.  Nearly 600 stories appeared on TV and radio, in print and online, across the U.S. (locally and nationally), in Europe, and as far away as Perth, Australia and Jakarta, Indonesia.
This high-profile study provided a great opportunity to raise awareness of the seriousness of food allergies, the progress researchers are making, and FAI’s activities.”

In addition, on June 24, CNN hosted a Twitter chat about food allergies at the @cnnhealth account, moderated by reporter Liz Landau. Dr. Clifford Bassett, medical director of Allergy and Asthma Care of New York, answered questions about food allergies and recommended www.faiusa.org as a resource for more information. The conversation reached more than 30,000 people.

PRINT
One in 12 U.S. Children May Have Food Allergies: Report
US News & World Report, Jenifer Goodwin

Articles were also distributed by Reuters, UPI, and AFP.