In the past 13 days, this video has been viewed 1,900,000 million times. This is a new record for views on Youtube.com.  The video may very hold the record on Youtube for the most viewed video under 15 seconds.  (this is unconfirmed)  There have been over 11,000 comments made, it’s been shared on Facebook over 12K times, and the average viewer is between the ages of 35-50 years old. 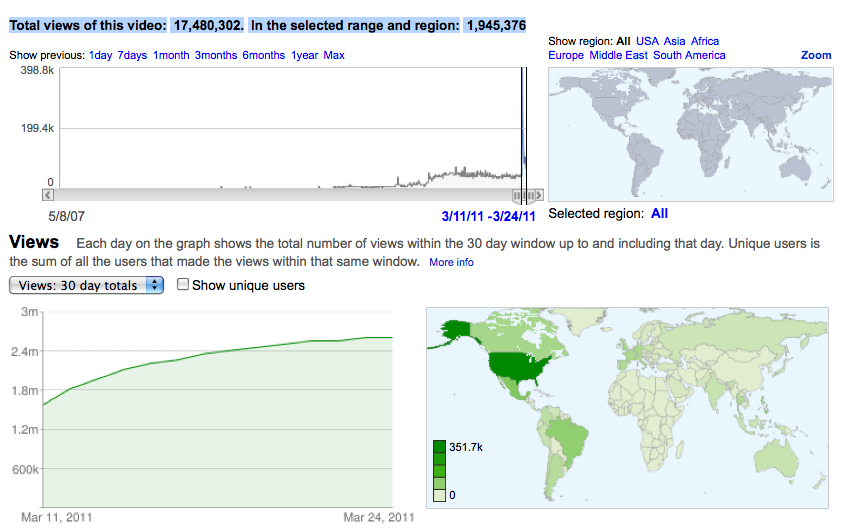 It’s true!  This 13 second video has been viewed on Youtube more than 17 1/2 million times.  There are three primary points I’d like to make about this particular video but before I do, let me explain a few details about it.  First of all, it is just raw video with no editing and no effects.  It was filmed at Lake Berryessa in Napa County CA.  What makes this video unique is that you’ll only see something like this when the Lake is over-full and the water is threatening to run over the damn. (seen in the background of the video)

This drain in the lake is called “Morning Glory” and referred to by locals as “The Glory Hole.”  Now I know what some of you are thinking right now, and that’s just stinkin thinking.  Pilots of aircraft refer to this drain as “The Black Hole” because if you look at it from the air in either a plane or helicopter, it’s a huge black hole in the middle of the lake. So contrary to what you’ll see and read in the comments of this video, it is what it is.

Here’s a Google Earth Image of the Glory Hole from satellite.  I’m also including a link to the glory hole revealed so that those non-believers can see the real McCoy unveiled… up close and personal.  Standing next to this thing was one of the most eerie experiences.  Watching hundreds of thousands of gallons of water going down a drain only feet away from you is an experience you won’t soon forget if ever.  Here it is, The Black Hole – The Glory Hole.

The Black Hole – The Glory Hole 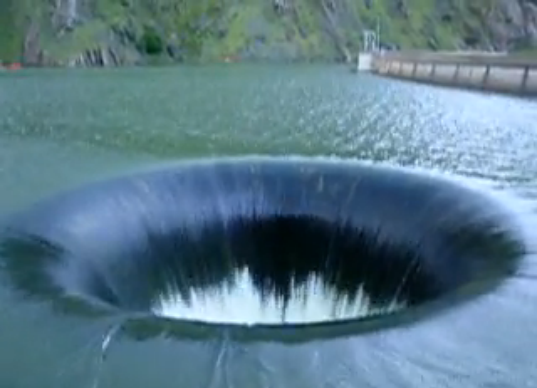