Facebook announced yesterday several improvements that are being made which will give users and members more control over specific areas regarding privacy.  These improvements will make it much easier for users to understand who will be able to see photos, posts, tags, and other content posted on the site. 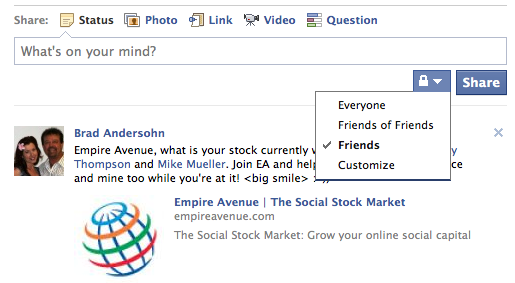 The new privacy controls have now been moved from being a back-end settings page feature to being a front-end visible setting so users can customize settings for each of their photos, tags, or posts.

There are some great “before” and “going forward” screen shots and explanations of all the new settings and changes coming to Facebook.  Here’s a complete list of all the new updates from the Official Facebook Blog: http://blog.facebook.com/blog.php?post=10150251867797131