I’m sure some of you may know this already, but for me, this was a very enlightening story.  I have sung this song (12 Days of Christmas) since I was as little as I can remember.  Drinking lots of hot chocolate and walking around the neighborhoods with my mom and grandmother singing Christmas Carol’s just like this one.

This particular Christmas Carol always baffled me, but I never questioned it, and just sang it anyway.  Kinda like “Ring Around The Rosie” which I’ll save for another post and another time. So what in the world do leaping lords, French hens, swimming swans, and especially the partridge who won’t come out of the pear tree have to do with Christmas?  Well I just recently found out… Did you know? 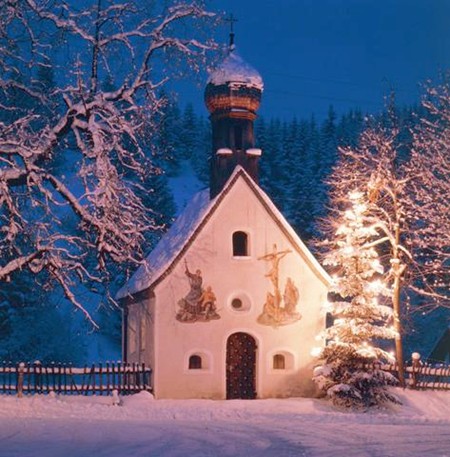 Back in 1558, and up until 1829, Roman Catholics in England were not permitted to practice their faith openly. Someone during that time and era wrote this “carol” as a catechism song for young Catholics. It has two levels of meaning: the surface meaning plus a hidden meaning that was known only to the members of their church.

Each element in the carol has a code word for a religious reality which the children could remember.

The Twelve Days of Christmas

-The partridge in a pear tree was Jesus Christ.
-Two turtle doves were the Old and New Testaments.
-Three French hens stood for faith, hope and love.
-The four calling birds were the four gospels of Matthew, Mark, Luke & John.
-The five golden rings recalled the Torah or Law, the first five books of the Old Testament.
-The six geese a-laying stood for the six days of creation.
-Seven swans a-swimming represented the sevenfold gifts of the Holy Spirit–Prophesy, Serving, Teaching,Exhortation, Contribution, Leadership, and Mercy.
-The eight maids a-milking were the eight beatitudes.
-Nine ladies dancing were the nine fruits of the Holy Spirit–Love, Joy, Peace, Patience, Kindness, Goodness,Faithfulness, Gentleness, and Self Control.
-The ten lords a-leaping were the ten commandments.
-The eleven pipers piping stood for the eleven faithful disciples.
-The twelve drummers drumming symbolized the twelve points of belief in the Apostles’ Creed.

So there is the history of this classic Holiday Carol. This was shared with me recently and I found it very interesting and enlightening. Now you know more about the tune that became what is known today as one of the most popular and most sung Christmas Carols of all time.